One of the greatest summer pleasures of Puglia has got to be the railway cherry, a variety that beats out all other cherries for its supreme taste.

Legend has it that railway cherries were first discovered in 1935 on a tree growing by the railroad, which was carefully 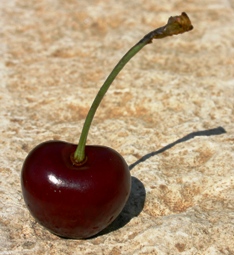 tended by a railroad linesman named Giorgio Rocco.  Cuttings were taken from the tree and grafted onto others and soon la ciliegia ferrovia became the favorite cultivar in the area around the towns of Turi and Conversano near Bari.  A more plausible explanation is that this variety of cherry ships very well, and when railway lines were used to ship the cherries from Puglia to northern Italy, the cherries arrived as fresh as if they had been just picked.

Puglia is in fact, Italy’s largest producer of cherries, and the railway cherry is the most prized variety, locally known as l’oro rosso – red gold – and my personal favorite.  This succulent cherry is vaguely heart-shaped, plump enough to be eaten in several bites, the skin shiny and taut so that it snaps as you sink your teeth into it. The flesh is slightly tart, and soaked through with sweet cherry juice that enthusiastically squirts out upon first bite.  Don’t wear white.

There is a saying in Italian  “Una ciliegia tira l’altra” – One cherry leads to another – and in fact it is fairly easy to get carried away and eat an entire bowlful.  And when it is railway cherry season in June, I do just that. 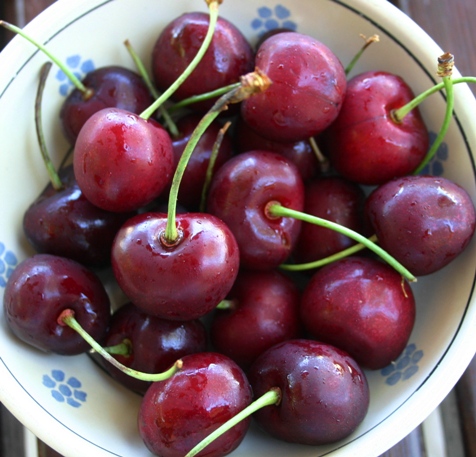