A semifreddo is a molded frozen dessert that remains fairly soft, and is similar to an ice cream though 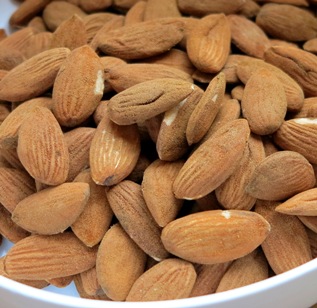 is made without  an ice cream maker.  You can make it in various flavors, but one of the most popular kinds of semifreddo in Sicily is made with almonds.

Our almonds from the Val di Noto in eastern Sicily are full of flavor, so I don’t add almond extract when I make this.  If you are using California almonds, they have less oil and therefore less taste, so a bit of almond extract will perk up the flavor.

When the local grocer here in Frigintini (near Modica) began to stock delicious full-flavored almonds produced locally,  I decided to make a creamy semifreddo alle mandorle for our Savoring Sicily culinary tour lunch.  It turned out well, though I admit the hardest part was waiting the 24 hours for it to freeze – I was aching to taste it sooner, but restrained myself.

This recipe for almond semifreddo has a first step of caramelizing the almonds, which adds a bit of extra crunch that contrasts nicely with the dessert’s creaminess. 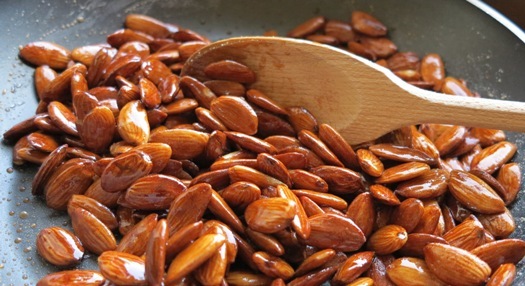 Make sure the egg whites and cream are whipped well (and separately!) and then folded together.  The ground almonds are folded in last. 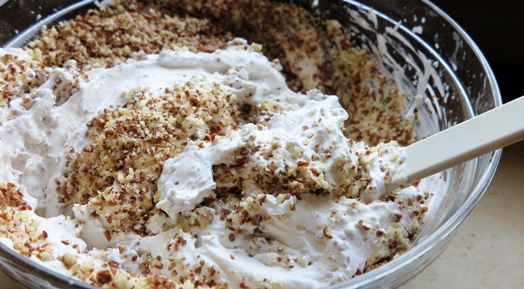 I used a long narrow bread loaf pan as the mold, and once frozen, it slipped out of  its mold quite easily. 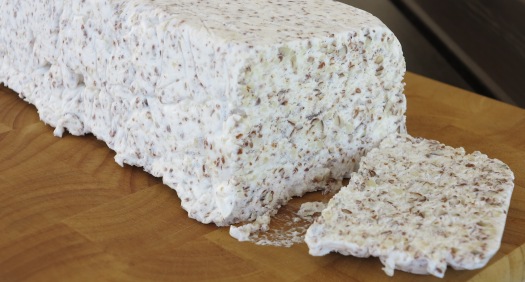 While you can eat this “as is”, you may want to serve it with a dessert sauce,  for both the taste and the visual impact.

The first one was pureed peach: 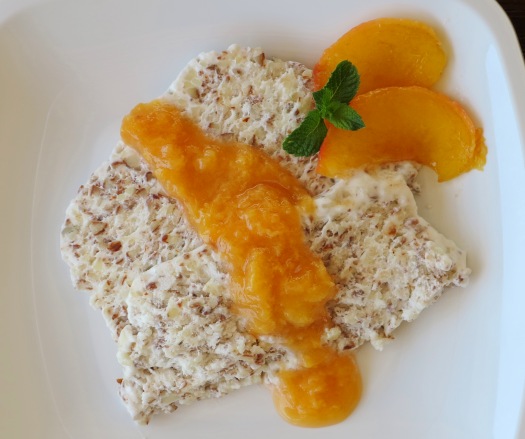 The second was a very dark chocolate sauce: 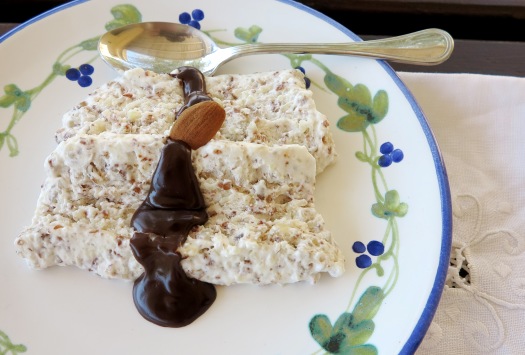 Grissini from our Piedmont Walking Tour