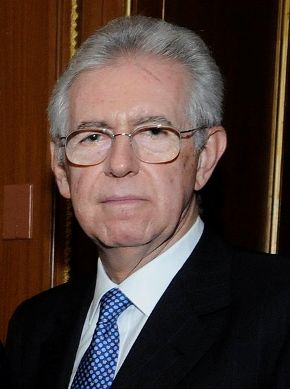 Silvio Berlusconi has stepped down as Italy’s prime minister, but he has far from disappeared. After conferring with all political parties, Italy’s president Giorgio Napolitano has given the economist Mario Monti the difficult role of trying to form a new government. If he does not succeed – a majority vote in Parliament is crucial – then in all probability new elections will be called, and Italy risks going further downhill.

Mario Monti, the appointed prime minister, announced his list of “technocrat” ministers, who will head the newly formed government if support from Italy’s myriad political parties is forthcoming. Monti has promised to focus on economic growth and badly needed reforms, and in facing the country’s huge deficit, has vowed to distribute the hard-hitting austerity measures in an equitable manner. Rumor has it that he intends to re-introduce property tax on primary residences (a tax that Berlusconi abolished after an election promise) and to introduce a tax on the assets of Italy’s wealthiest citizens. Berlusconi has already stated that he will not support such a tax and while giving his support on the confidence vote in the Senate, breezily commented that he and his PDL party can make the new government fall whenever it deems appropriate, stressing that he still wields a great deal of power.

Monti’s government faces an uphill battle, but is backed by several political parties, including the centrist UDC and the center-left PD, while the left parties of SEL and IDV were more cautious, calling for a marked change of direction from the Berlusconi government and claiming they will examine each initiative of the Monti government individually before declaring its support. The extreme right Lega Nord, has declared their outright opposition, and have temporarily split from their ally Berlusconi.

Meanwhile Italy’s gorvenment-issued bonds have reached alarmingly high interest rates hovering around 7%, as the country struggles to regain credibility. A confidence vote for Monti’s government passed in the Senate, and the confidence vote in the lower House is set for November 18. If this passes, the true uphill battle begins to pass reforms. If the confidence vote fails, early elections are the most likely next step, and would further tarnish Italy’s credibility. To complicate matters, the current electoral laws, which were put in place by an earlier Berlusconi government, allow for fixed electoral lists. Voters express a preference for a list but not for a specific candidate. Opposition parties favor changing the current electoral law, before new elections are called (no later than 2013), but that is not a priority for the Monti government. 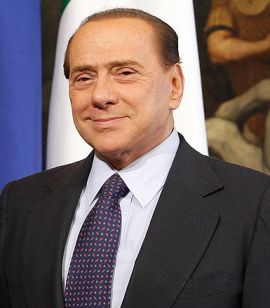 In sharp contrast to the Berlusconi government which was marked by constant clashes and brash statements, Monti has focused on cohesion and a spirit of working together to solve the current financial crisis, regain credibility in world markets, and move Italy forward.

While Berlusconi may not be happy with the current turn of events, neither are Italy’s comedians. For them, Berlusconi was a font of great material, known for his sex scandals, endless legal problems, outrageous comments, gaffes in the presence of foreign leaders, hair transplants and facelifts, as well as wearing elevator shoes to compensate for his decidedly short stature. On the other hand, Monti is calm and collected, married to the same woman for 40 years, well-respected internationally and sports his own naturally grey hair atop his nearly 6-ft frame. What’s to make fun of?